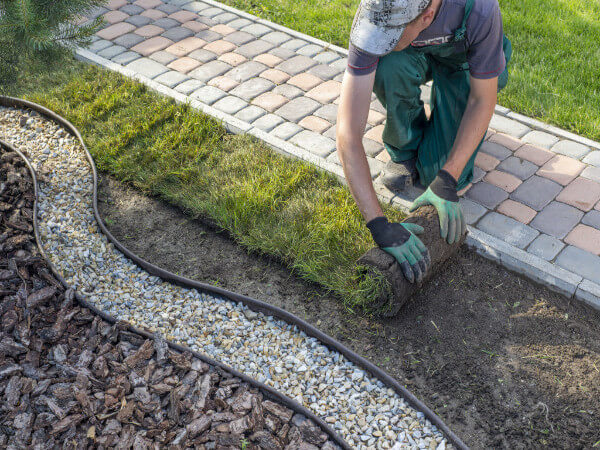 GET IN THE TRENCHES. Lucas Melograno of Mariani Landscape said working out in the field changed his perspective entirely and offered him a full scope of what all employees in the company do. Climbing the ladder and earning promotions is essential to gaining a clear picture of what the jobs entail and allowed him to be more empathetic to struggles when they arose.

“When I joined and came in, I had the younger attitude of moving up, up, up quickly, and it just doesn’t happen that quickly,” Melograno said. “That is such a key point and it’s such a great way for someone to become successfully because they’ll better understand how the business truly works. It’s not the most glamorous job digging trenches all day or planting trees, but you’re going to learn a lot.”

Frank Mariani Jr., who is currently the president of the company his grandfather started, echoed that sentiment.

“They want to sweat with you…and have you on their side to get their approval,” he said. “Your life can be a living hell if you don’t have that from them.”

LEARN THEIR GOALS. Glatt said he currently employs a social media manager who’s a sophomore in college, and while she does amazing work for him, her end goal is not to work in the landscaping field.

Rather than trying fruitlessly to retain her, Glatt said their one-on-one meetings weekly now consistent of him sitting down to discuss possible internships or job opportunities outside of his company. It’s not always about fulfilling immediate needs at the company – how can you make your employees better in the long run?

“The good thing is that I know the day she’ll leave, and in the meantime, she’ll work twice as hard for me and will train the replacement because she won’t leave me on the hook,” he said.

HAVE SOME CONFIDENCE. David Grover, a branch manager at Pacific Landscape Management, said he used to be afraid to speak up in meetings because often, his ideas weren’t really heard.

Now that he’s worked at the company long enough, he still finds himself stifling ideas at times and is surprised when people take them seriously. Grover recommended finding some confidence to speak up in meetings and believe that you have something important to contribute.

“The past couple months, I started saying things in meetings and people just said, ‘Okay, let’s try that.’ That takes some level of confidence and self-belief in myself,” Grover said. “The more that I lean into it, it feels cocky, but it’s not. There’s a point where you are providing value.”

]]>
Did you miss our previous article…
https://houstontxlandscapeandoutdoorspaces.com/?p=182